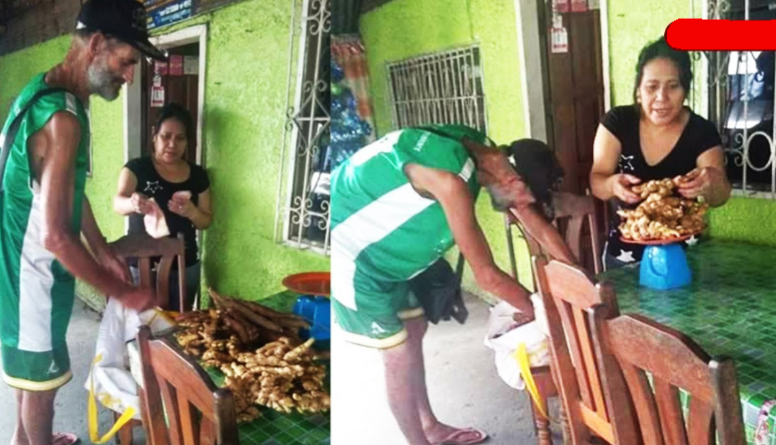 A emotional but inspiring shared post from a netizen named Joy Dondan, touched the hearts of many netizens because of the unfortunate story of a foreigner.Bryan Laurence, 61 year old from New Zealand who is currently leaving at Kidapawan River Park for almost 8 years. According to Joy, Laurence had a Filipina girlfriend that he met through social media via chat. To prove his love, he flew all the way from his country to meet her personally.<Unfortunately, the girl was only after his money and took all his money and made him believe that it was invested to put up a business, which has never existed in the first place. Aside from that, the house that he thought they bought, was just for rent.But of all the misfortunes happened to him, what thunderstruck was when he found out that his girlfriend is not a real woman. After Realizing everything, his girlfriend gone and can’t be contacted anymore.  After knowing the truth, he filed a case against his girlfriend but unfortunately, nothing happened because he was lack of money, which is very important to win the case according to his lawyer.He blamed the corrupt government in the Philippines for his loss on the case he filed. The adversities he has experienced turned him hopeless until, President Rodrigo Duterte was elected as the President of the Philippines. He regained his hope back and put his trust to Duterte.“Duterte is only the bravest and has the capability to fix the Philippines, especially corrption and drgs.” Laurence said according to Joy.In order to survive, he learned to plant vegetables that he sells. Because of this, he met new friends.Joy ended the post by leaving a lesson to learn that don’t easily give up to your problems because you are not the only one who is suffering from problems. God is bigher that your problems just put your faith and you’ll gonna make through it.